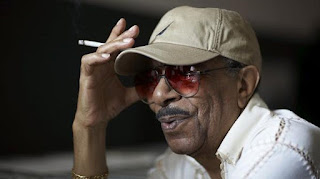 Grady Bernard Tate (January 14, 1932 – October 8, 2017) was an American hard bop and soul-jazz drummer and singer with a distinctive baritone voice. In addition to his work as sideman, Tate released many albums as leader and vocalist, and lent his voice to a number of songs in the animated Schoolhouse Rock! series.