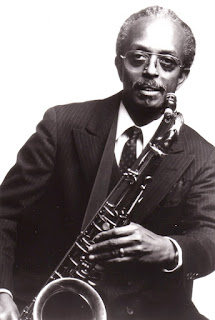 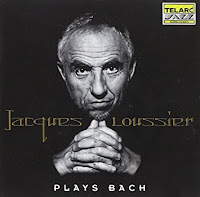 He was a French pianist and composer well known for his jazz interpretations, arranged for trio, of many of the works of Johann Sebastian Bach, such as the Goldberg Variations. The Jacques Loussier Trio, founded in 1959, played more than 3,000 concerts and sold more than 7 million recordings—mostly in the Bach series. Loussier composed film scores and a number of classical pieces, including a Mass, a ballet, and violin concertos. He is regarded as a pioneer of fusion music. WIKIPEDIA
No comments: 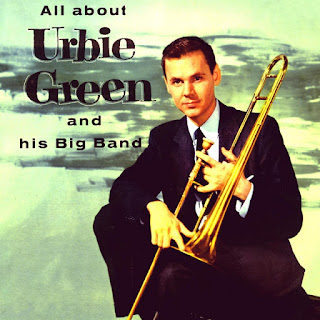 Urban Clifford "Urbie" Green was an American jazz trombonist who toured with Woody Herman, Gene Krupa, Jan Savitt, and Frankie Carle. He played on over 250 recordings and released more than two dozen albums as a soloist, and was highly respected by his fellow trombonists. Green's trombone sound was especially noted for its warm, mellow tone, even in the higher registers where he was more fluent than most trombonists. His technique was considered flawless by many in the music industry and has appeared in major jazz festivals, motion pictures, concert halls, nightclubs, radio, television and the White House. He was inducted into the Alabama Jazz Hall of Fame in 1995....(WIKIPEDIA) 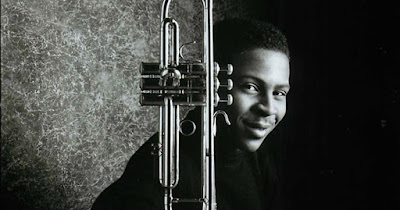 He won worldwide notice after winning two Grammy Awards for differing types of music, in 1997 and in 2002. Hargrove primarily played in the hard bop style for the majority of his albums, especially performing jazz standards on his 1990's albums. Hargrove was the bandleader of the progressive group The RH Factor, which combined elements of jazz, funk, hip-hop, soul, and gospel music. Its members have included Chalmers "Spanky" Alford, Pino Palladino, James Poyser, Jonathan Batiste and Bernard Wright. His longtime manager was Larry Clothier. WIKIPEDIA 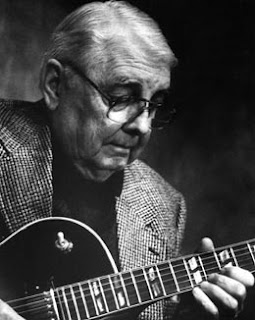 Bain came to Los Angeles in the 1930s, where he finished his education. After graduation, he worked as a professional musician, first in the trio of Joe Wolverton, the mentor of Les Paul . Bain played in 1943 with Freddie Slack , with the first recordings made in 1944 in the band of Tommy Dorsey , for which he also arranged. In 1946 he moved to Bob Crosby , before he founded his own band, San Fernando Playboys . In the post-war years he worked with André Previn , Peggy Lee , Nat King Cole ("Unforgettable"), Sammy Davis Junior , Billie Holiday (" God Bless the Child ", 1950), Harry James , Herb Jeffries , Billy Eckstine and Frank Sinatra , on whose recordings for Capitol Records he participated. ( I've Got Under My Skin ). From the late 1950s, Bain was primarily employed as an arranger and session musician for RCA, Capitol and other labels; so he worked u. a. in recordings by Martin Denny , Mahalia Jackson , Matt Monro and Gene Vincent . For Capitol, he also played a number of instrumental numbers on singles ("Fender Bender") and LPs under his own name, stylistically oriented to popular styles of pop and rock & roll. With his brass ensemble (including Al Porcino , Don Fagerquist , Manny Klein , Milt Bernhard , Pete Candoli , Ray Triscari , Vern Friley ), he accompanied 1964 Junior Mance . In 1959 he was involved in Henry Mancini's film music to Peter Gunn . He is also heard in the soundtracks to television series like Bonanza , Smoking Colts , M * A * S * H , Cobra, Take Over, and Dick Rockford - Just Call . He worked u. a. also with Elmer Bernstein , Lalo Schifrin , Billy May , Shelly Manne and played for 22 years in Doc Severinsen 's Tonight Show Band . Bain performed until the 2010s, most recently in 2015 with John Pisano . In the field of jazz he was involved between 1943 and 2008 in 210 recording sessions.
No comments: 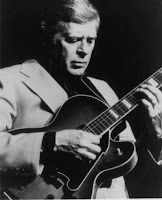 James Mundell Lowe (April 21, 1922 – December 2, 2017) was an American jazz guitarist who worked often in radio, television, and film, and as a session musician. He produced film and TV scores in the 1970s, such as the Billy Jack soundtrack and music for Starsky and Hutch, and worked with André Previn's Trio in the 1990s.

Jon Hendricks, master of vocalese and 'poet laureate of jazz,' dies at 96 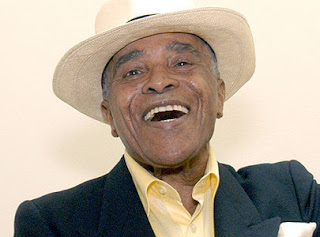 John Carl Hendricks (September 16, 1921 – November 22, 2017), known professionally as Jon Hendricks, was an American jazz lyricist and singer. He is considered one of the originators of vocalese, which adds lyrics to existing instrumental songs and replaces many instruments with vocalists (such as the big-band arrangements of Duke Ellington and Count Basie). Furthermore, he is considered one of the best practitioners of scat singing, which involves vocal jazz soloing. For his work as a lyricist, jazz critic and historian Leonard Feather called him the "Poet Laureate of Jazz", while Time dubbed him the "James Joyce of Jive". Al Jarreau called him "pound-for-pound the best jazz singer on the planet—maybe that's ever been". WIKIPEDIA